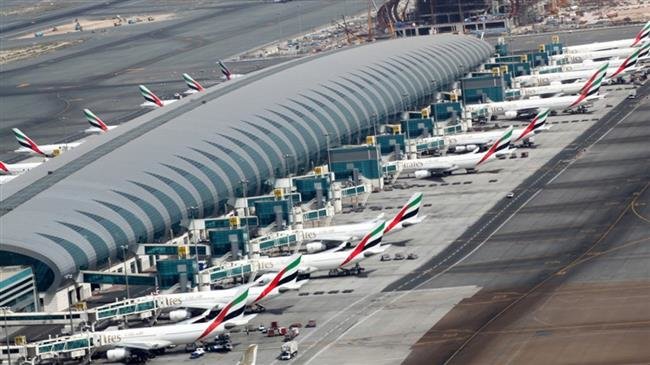 Yemen’s army and its allies have staged a drone strike on Dubai International Airport in retaliation for the United Arab Emirate's role in stepped-up Saudi attacks on the impoverished country, a television report says.

The army and popular committees announced their first retaliatory attack on Dubai airport in August, saying it had disrupted air traffic, but which Emirati authorities denied.

The UAE is part of a Saudi bombing campaign and ground invasion which has faced heavy criticism for a high civilian death toll in its airstrikes and for a crippling air, sea and land blockade on much of Yemen.

Saudi and Emirati troops and their proxies are currently fighting a dragged-out battle to occupy the Mediterranean port of Hudaydah through which flows almost 80 percent of Yemen's imports.

They have intensified their attacks since a fresh UN attempt for peace in Yemen failed earlier this month after Saudi Arabia prevented Houthi delegates from flying to the venue of the talks.

After the first drone strike, a spokesperson for the Houthi military forces said that it had been in response to the Saudi coalition's “crimes” in Yemen.

The Houthi movement and its allies in the Yemeni army said after the bombing of Dubai airport with a Samad-3 drone that the UAE's strategic areas were all within the range of their fire.

Yemen's fighters previously claimed in July to have targeted Abu Dhabi airport with a similar drone. That report was also denied by the UAE.

Their capability to attack an airfield some 1,600 kilometers away from the territory they control has increasingly worried the invaders who have already seen the Houthi movement successfully hit targets inside Saudi Arabia.

In March, one person was killed when the Houthis fired a barrage of ballistic missiles at Riyadh, over 540 miles away from northern Yemen.

Last month, they fired two missiles at a gathering of Saudi soldiers in neighboring Jizan and Najran which allegedly left heavy casualties.

The three-year Saudi-led war has devastated Yemen and sparked the world’s largest humanitarian crisis in terms of numbers, according to the United Nations.

Over 22 million people, or three-quarters of the population, now rely on humanitarian aid to survive amid the Saudi-led blockade.