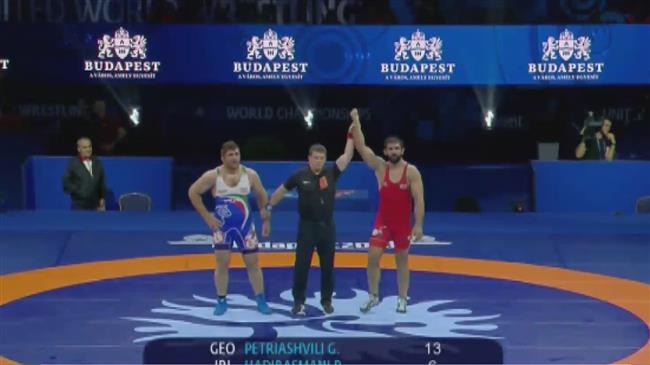 Iran’s super heavy-weight freestyle wrestler Parviz Hadi will be fighting for a Bronze Medal in the World Championship in Hungary.

Hadi beat his opponents from Poland and Belarus before defeating Olympic Champion Taha Akgul from Turkey in the quarter-finals.

The Iranian however, lost to Georgian World Champion Geno Petriashvili in the semi-finals. Hadi will now face a wrestler from either Russia or Hungary in the 3rd-place match on Sunday.

Elsewhere in the 61-kg category, Mohammad Baqer Yakhkeshi and in the 86-kg Hassan Yazdani, both have the chance to win a bronze medal as the competitions resume on Sunday.